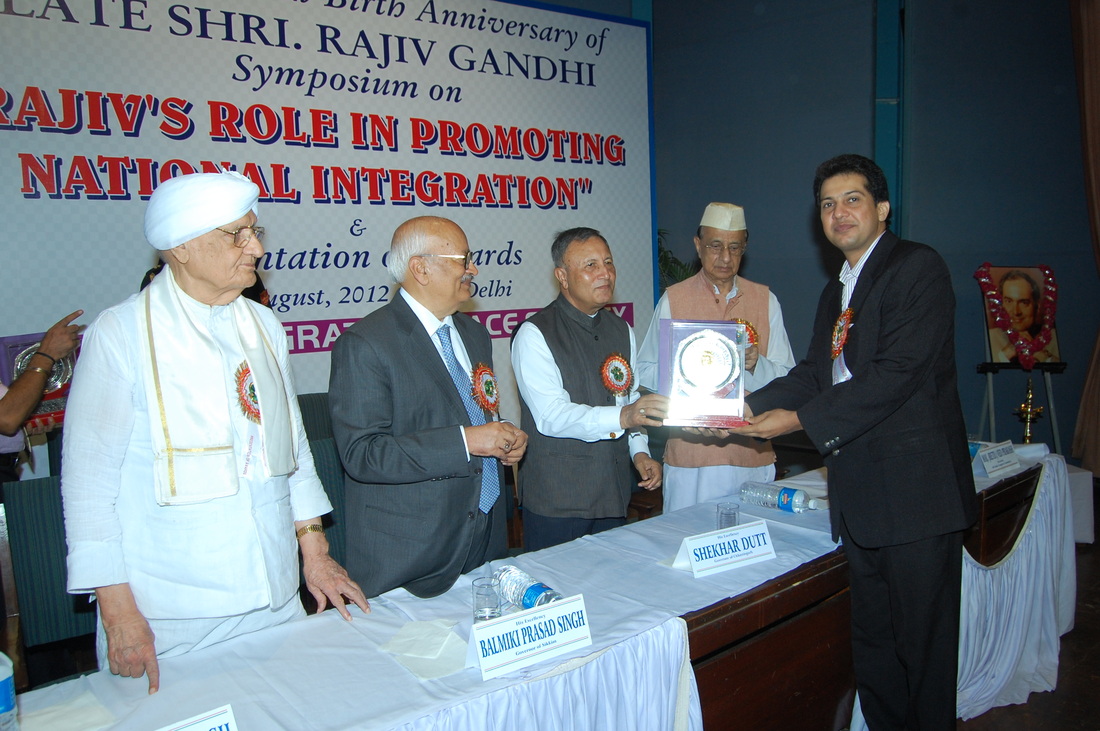 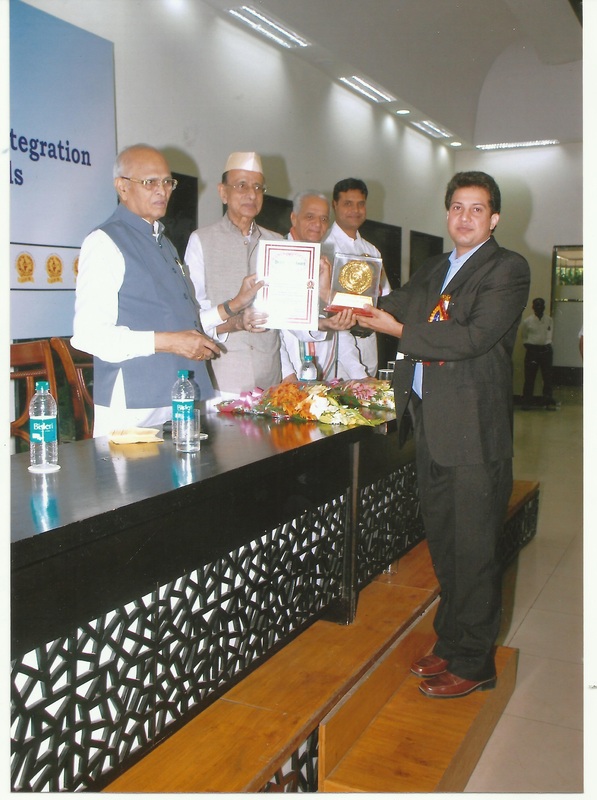 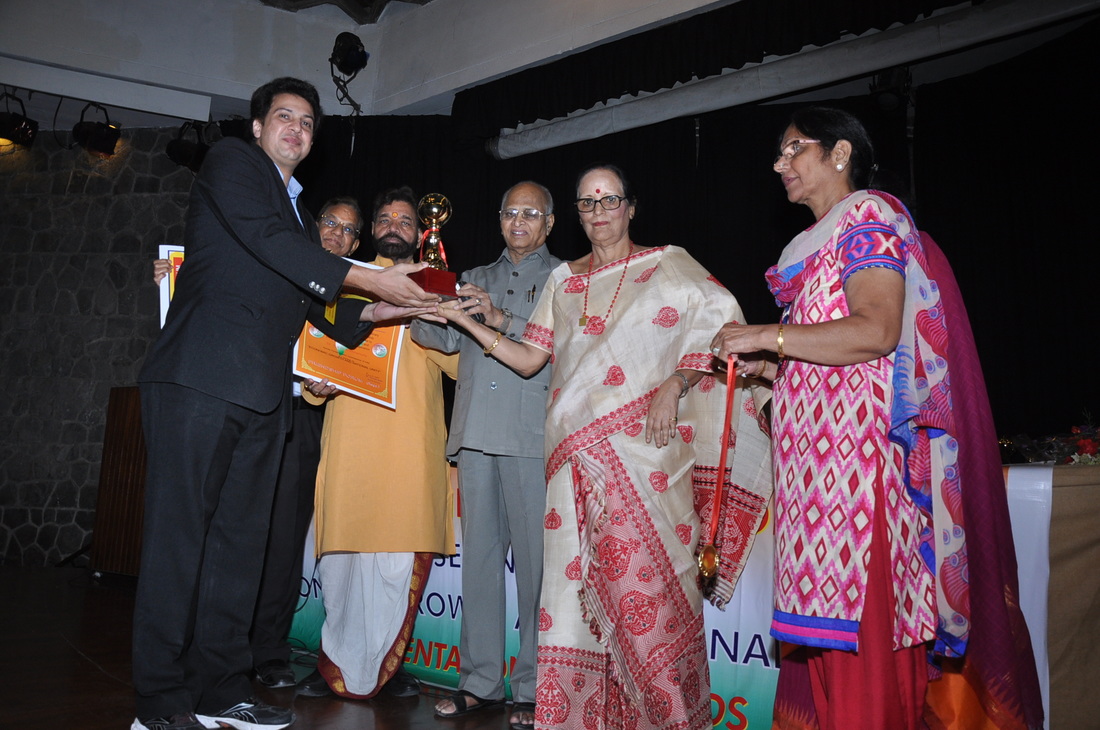 My services are available at Satyam Hospital ,Jalandhar, Punjab, India 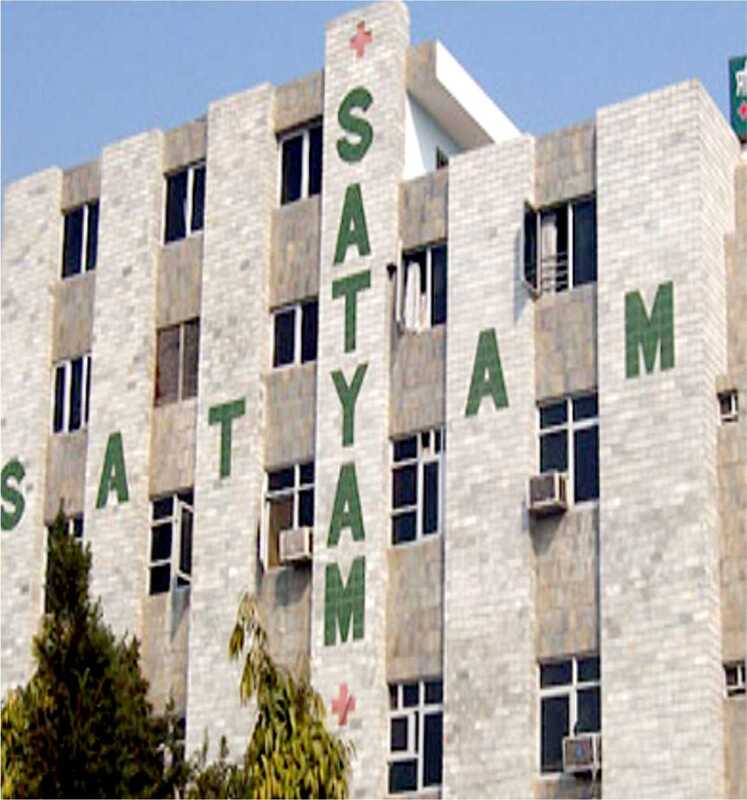 Patients are able to walk WITHOUT SUPPORT of walker stand or stick after just 6 DAYS of Hip replacement instead of usual time of 6 WEEKS.


By choosing a NEW MODEL of hip replacement you are opting to become part of a large scale human endeavour to test the LONG TERM performance of these hips in human beings as compared to their performance in a laboratory ; but most patients in India are MISLED into believing that these NEW MODELS of hip replacement are CERTIFIED or GUARANTEED to last for 30 years instead of 15 years. Only time will tell whether these new hips last for 30 years or not. Patients are being DISINFORMED that these NEW hips are US FDA approved, and hence are safe. But the patients are NOT being told that most of these NEW hips have been approved  under the US FDA 510(k) approval protocols which DO NOT require manufacturers to conduct  HUMAN TRIALS if they can show that the device is similar in design to another product already on the market ( THE LANCET, March 2012)

Advantages and disadvantages of ceramic on ceramic total hip ...
www.ncbi.nlm.nih.gov/pubmed/23069885‎

MOST of the patients fitted with ceramic on ceramic hips do VERY WELL. But a FEW patients suffer catastrophic failure.It is NOT possible to predict in which patients these hips would fail or give rise to problems.
Most common problem after ceramic on ceramic hip replacement is a SQUEAKING SOUND. This SQUEAKING sound resembles the sound of a fingernail quickly scarping down a blackboard. Click on the link given below to see a video of a patient with a squeaking hip

Fracture of either the cup or the femoral head (hip ball) can lead to catastrophic failure of the hip. Surgery to remove the fractured hip and put a new hip is technically VERY DIFFICULT, as a surgeon may struggle to remove VERY LARGE NUMBER  of very small particles of the fractured hip which may escape out into the surrounding tissues.

Between 1997 and 2011, one million patients worldwide, were implanted with Metal on Metal hips with the promise that these hips would last for 30 years instead of 15 years. Some people even claimed that these hips WOULD LAST A LIFETIME. In September 2011 the NATIONAL JOINT REGISTRY FOR ENGLAND AND WALES released a report that after just 6 years thirty percent of all patients who had received a metal on metal hip replacement device manufactured by the most reputed company in the entire world had failed and required another operation to get their hips changed. Subsequently the British Medical Journal  published an article that suggests that Metal on Metal hips DO NOT have a life more than metal on plastic hips ( older model of hip).
These failing hips generated large debris of cobalt and chromium metal ions which created huge holes in the bones of a few patients and lead to formation of non cancerous soft tissue lumps known as pseudo tumors in others. An article published in the Journal Of Bone And Joint Surgery in October 2010 claimed that these metal ions leached out from the tissues surrounding the hip and entered into the blood stream , eventually damaging distant organs like heart, brain, kidney , thyroid and unborn babies in mothers womb. In Feburary  2012 a BBC and British Medical Journal Investigation discovered that there may be hundred and thousand of people fitted with metal on metal hips who have been exposed to these toxic metal ions.

The US FDA and the MHRA of UK have issued guidelines for patients who have been implanted with Metal on Metal hips that these patients should have a follow up examination from their doctor once a year FOR THE REST OF THEIR LIVES. In case of any pain or swelling in or around the hip, or in case of any symptoms of damage to the heart, kidneys, eyes, ears, brain or thyroid these patients should undergo blood tests to determine the concentration of cobalt and chromium ions in their blood. If conclusive evidence is found regarding the metal ions damaging the hip or  other organs listed above, then patients should get these metal on metal hips removed.

Safest, Best surviving Hip Replacement Model which has a time tested proven track record is the Metal On PLASTIC Hip. The Metal On Plastic Hip designed by Sir JOHN CHARNLEY   has a fifty five percent longevity after 27 years of implantation, which means that after 27 years 55 percent patients still have a well functioning hip. Also the metal on plastic hip does NOT have any of the above mentioned  problems.

Hip Replacement Fails when either the hip becomes LOOSE or it WEARS OUT. To solve the problem of wear and tear a new form of plastic , Highly Cross- Linked Polyethylene, has been introduced. It is now a proven fact that Highly Cross- Linked Polyethylene REDUCES the wear of the Plastic Cup of the hip BUT THE PLASTIC CUP STILL BECOMES LOOSE AND THE HIP FAILS. In other words, there is NO CONCLUSIVE EVIDENCE TO PROVE THAT HIGHLY CROSS- LINKED POLYETHYLENE WILL INCREASE THE LIFE OF THE HIP, ALTHOUGH THERE IS CONCLUSIVE EVIDENCE THAT IT DECREASES THE WEAR AND TEAR OF THE PLASTIC CUP OF THE HIP. Click on the link given below to read the research paper proving this fact-

The size of NATURAL femoral head is about 44 mm. But Sir John Charnley REDUCED the size of femoral head to 22mm in his model of hip replacement. Reducing the size of the femoral head decreases the wear and tear of the plastic cup, it also decreases the FRICTIONAL TORQUE ( which is the prime force responsible for the loosening of the cup)  and increases the life of  the hip. But with the smaller femoral head of 22 mm the patient is able to bend his hip to a lesser extent and the RISK of DISLOCATION of the hip increases. Therefore most models of hip replacement available nowdays use a slightly larger femoral head diameter of 28 mm.
28 mm femoral head gives the patient more hip bending ability without causing much detrimental effect on  the life of the hip.
But nowdays femoral head with bigger diameters of 32 mm, 36mm and 40mm  have been introduced.  These large heads further increase the hip bending ability and decrease the RISK of DISLOCATION OF THE HIP. But these large heads decrease the life of the hip. These large femoral heads of 32mm, 36mm, 40mm and 44mm are available ONLY in Metal On Metal, Ceramic On Ceramic and Highly Cross-linked Polyethylene models. Metal on Metal Hip replacement has been withdrawn. RISKS and UNCERTAINTIES of Ceramic on Ceramic hip replacement have been discussed above; which leaves only Highly Cross linked polyethylene models.
Latest research shows that as the femoral head size increases from 22mm to 32 mm the life of the hip DECREASES BY 2.8 TIMES. Click on the link given below to read the research paper proving this fact--

Therefore if you really want to increase the life expectancy of your hip AVOID large diameter 32mm, 36mm and 40 mm hips. Choose the 28 mm Metal On Plastic Hip. With 28 mm hip, you can do ALMOST all activities OF DAILY LIFE. You MAY have some problem in SQUATTING with a 28 mm hip. So modify your lifestyle to avoid SQUATTING. But if SQUATTING is part of your profession, choose a 32mm Metal on Highly Cross Linked Polyethylene Hip. The 32 mm femoral head will decrease the life of your hip to SOME extent but will allow you to squat comfortably.

If you are concerned about the RISK OF HIP DISLOCATION with a 28 mm hip, simply choose A GOOD SURGEON. A good surgeon can do a thousand things during operation which will DECREASE the risk of Hip dislocation even with a 28mm hip. Lastly, strictly follow the advice of your surgeon to avoid certain hip movements , especially in the first 6 months of surgery, to avoid hip dislocation. DONOT BE AFRAID, hips DONOT dislocate spontaneously. They only dislocate if the hip is moved through certain specific range of movements. 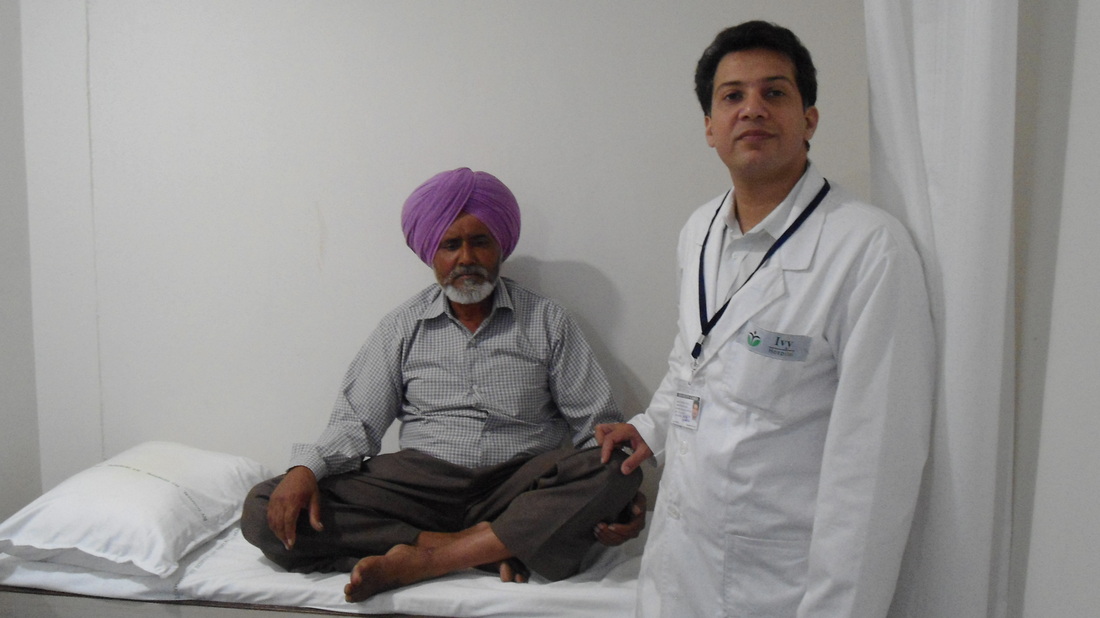 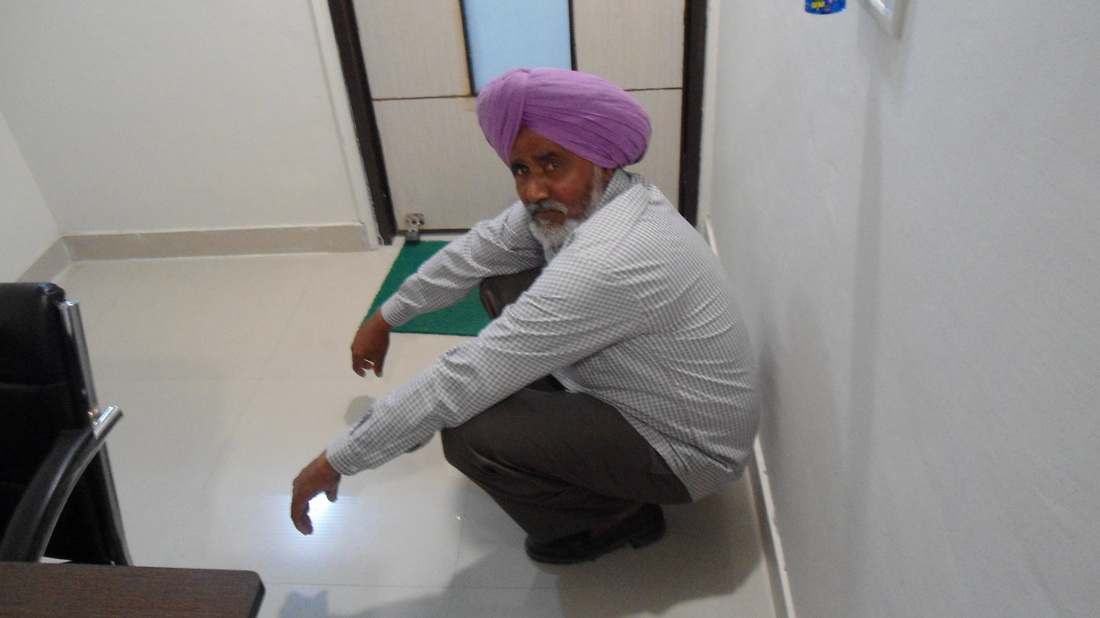 Tirath Singh is a Carpenter in Sandaran , Hoshiarpur ( Punjab). His profession requires him to squat and sit CROSS -LEGGED after Hip replacement . He was ALMOST Mislead into buying a large diameter femoral head 32 or 36 mm Metal On Metal Hip , But i convinced him that if he chooses the wright surgeon , then he can sit cross-legged and squatt after hip replacement even with the CONVENTIONAL Hip Replacement MODEL which has a SMALLER Diameter Femoral Head of 28 mm and has proven time tested average life of 15 years , instead of the large diameter femoral head Hip replacement models which have a LESSER and NOT greater average life expectancy. (  as the femoral head size increases from 22mm to 32 mm the life of the hip decrease by 2.8 times). Today he is able to squatt and sit-crosslegged after hip replacement with the Conventional 28mm Hip Replacement Model.

Sir Issac Newton discovered the laws of gravity when he saw an apple fall from a tree. Similarly, medical literature claims that Serendipity occurred to Sir JOHN CHARNLEY, when he noted that a patient whose left femoral head had been replaced with an acrylic Judet prosthesis ( which was the model of replacement available in 1950's) , reported that " his left hip squeaked everytime he leaned forward". Click on the following link to confirm this fact

This literature further says that Sir JOHN CHARNLEY recognised the increased frictional resistance as the cause of the hip squeaking and deduced the necessity to reduce the friction at the joint surface. Therefore, Charnley reduced the size of the femoral head from 44mm to 22mm to reduce the friction at joint surface. 6o years on, with all the advances in medical technology, SOME of the large diameter femoral  head ceramic on ceramic hips are squeaking AGAIN and medical science still does NOT know the exact reason responsible for the squeaking  of these ceramic on ceramic hips.

Most patients believe that like a new model of i-phone or a new model of a car, a new model of hip replacement would be better. But a  study published in The International Herald Tribune, (December 2011) found that NO NEW HIP OR KNEE replacement models introduced during the last 5 years had a longer life than the older models, and 30 percent of the of the NEW models were WORSE than the older models. Therefore, it is for the patients to decide which model of hip replacement  would they choose. CHOOSE WISELY. Don't forget that apart from a Hip MODEL , you also have  to choose a GOOD HIP REPLACEMENT SURGEON. AGAIN CHOOSE WISELY.